I was working on a novel filled with shady characters when a guitar/piano duet entered the coffee shop followed by their adoring fan.

She comes to support the two guys who are playing background music at a coffee shop at a volume so low you can only hear it if you’re sitting within five feet of them.  The guitar player is lightly finger-strumming on a nylon guitar and bobs his head in syncopation with the beat as if he’s feelin’ it even as the customers are barely hearin’ it.  The piano player tickles the treble, white keys while ignoring the black ones.  His left hand is dead in his lap.  Bashful musicians.  She sits and eats a sandwich.  Taps her feet to the staggered rhythm.  Sways to the beat.  Smiles.  Silently snaps her fingers in approval when a song finishes.  She is the only one listening or paying attention.  But she doesn’t feel awkward about it.  She is completely invested.  The guitar player text messages someone between songs while the piano player plays arpeggios.  When there’s a lull, she texts as well.  The piano player falsettos some Richard Marx and she laughs a cozy laugh, the kind that causes the shoulders to scrunch inward and the eyes to squint.  Next song she sighs, looks down in reflection for just a moment as if to regather her enthusiasm, then resumes her swaying for a little bit.  After this song she snaps with only one finger.  She’s fading, staring off into nothing, but still engages the guys with supportive smiles.  They’re why she’s here.  But she is the brightest star in the coffee shop. 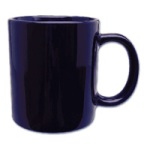