I found the following gambling story of Monte Carlo in an 1882 issue (Volume XXXVIII) of Baily’s Magazine of Sports and Pastimes. The factual basis of the story is about as dubious as a fairy tale, but the writer of this piece found no need to question its authenticity. 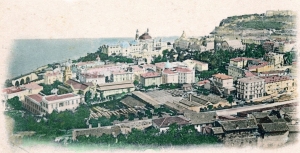 The hero in this story is a man who had come to Monte Carlo not for the gambling but to watch the pigeon shooting. Because Monte Carlo never overtly advertised the casino but instead showcased its abundance of gentlemanly activities, there were a lot of men who were in Monte Carlo to pursue purer interests other than gambling. The modern day equivalents are the people who claim they go to Las Vegas for the shows. 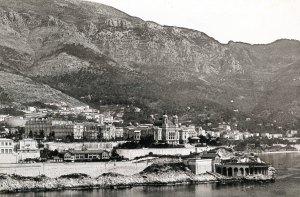 Anyway, after watching a fair amount of birds blown from the sky from the platform located behind the casino, our hero wandered through the casino as a spectator, had a nice meal, smoked a pipe, and went to bed at 11:40 p.m. (I love how precise details are scattered throughout the story to make it more believable).

At 3:00 a.m. his dream began. (I, too, keep accurate logs of the precise hour when my dreams begin)

“Listen,” said a voice that seemed to address him; “listen to the hour, it is striking three; there the last stroke has been struck, now look at that procession, it will begin to-morrow exactly at three;” and there passed before him twelve priests, each bearing a banner on which was inscribed a number alternately in black and red ink; following the priests came two little girls, bearing a waving sheet of some fabric, on which was printed: “You have seen your fortune; go and seek it!”

When the man awoke the next morning he had the wherewithal to immediately write down all the numbers and the corresponding colors in his notebook: 19, 17, 36, 13, 29, etc. He must have known these would be important.

After having breakfast he decided to wander back to the casino to spectate a little more. He waited until the clocks read 3:00 before he approached a roulette table. It was just then he had the sudden realization the priests of his dream were relaying a message to gamble their numbers. He placed two Napoleons on 19. The ball spun round and round, and lo and behold, he won!

The next time he doubled his stake, and when 17 hit, he won again! He bet on 36 then 13 then 29 and came up a winner each time. He continued this for all twelve numbers but never had the courage to bet more than 5 Napoleons. The writer of the article concluded with the following assessment:

I only wish that I could have such a chance, I should go the whole maximum and no mistake. Being the narrative of a dream, I dare say many persons will think the foregoing story a pure invention, but I have every reason to believe it true.

If it were me, after the 11th consecutive win, I’d have been sweating bullets that I was just about to be simultaneously struck by lightning and consumed by a tornado while being attacked by a thousand stinging bees.